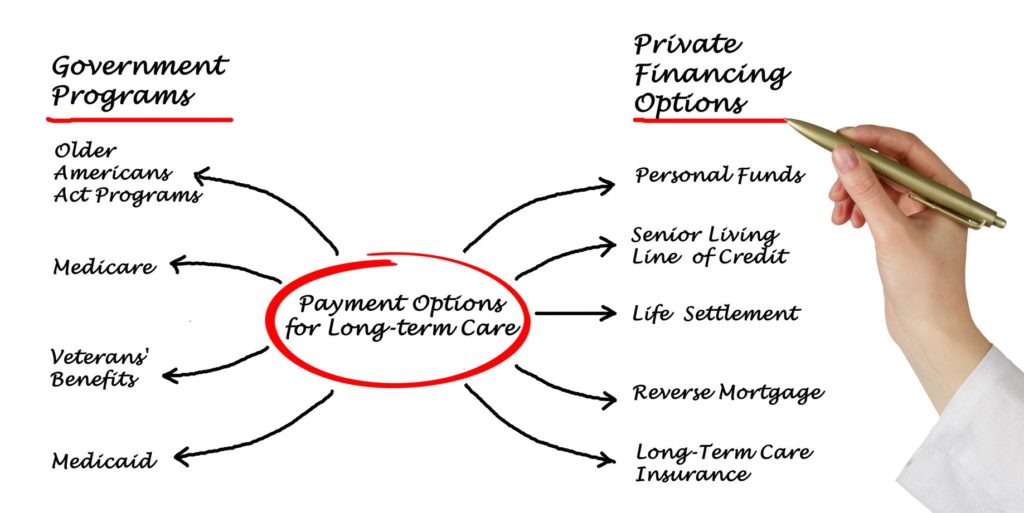 Sounds like a lot, doesn’t it? Well, it’s not. It’s barely a fraction of the estimated costs.

According to a report published by the SCAN Foundation, private long-term care insurance accounted for less than 1% of the nearly $725 billion spent annually on long-term care.

State and federal government programs through Medicare, Medicaid and other government agencies fund about 29%.

We could go on and on. As baby boomers age, it’s only going to get worse without a plan to fund long-term care expense.

For most Americans there are just three funding options: self-fund, private insurance or government assistance. Read more about funding here.