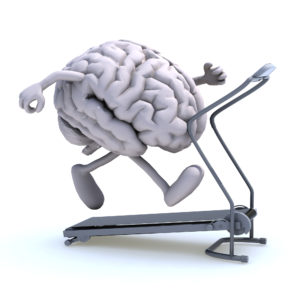 Friends and business colleagues know that my number one fear is dementia. It’s my sister’s, too. And, my brother’s, too. We’ve seen it first-hand. Our sweet mother needed prompting and then hands-on assistance for about 14 years.

Mom died in 2012. We were concerned that dad might die before mom. Even with long-term care insurance, dad was mom’s primary caregiver for most of her illness. We saw the toll it took on him. Today, he is vibrant, productive, physically robust and a very lucid 98 years old. Living independently, tending his organic garden, cheering for the Texas Rangers, volunteering and enjoying life. But that was not always the case.

For over a decade every family conversation was about dementia. Was mom better on the new medication? Should mom and dad move closer to one of the kids? How was dad coping? Was the new caregiver companion working out?

There are around 5.8 million people in the United States living with Alzheimer’s disease, the most common form of dementia in older adults. But new research into biomarkers suggests that the actual number may be closer to 11 million when including those who are not yet symptomatic. Frightening thought.

Evidence and interventions promising but inconclusive

A recent extensive review commissioned by the National Institute on Aging concluded that although encouraging the evidence was inconclusive as to the effectiveness of cognitive training, hypertension management and exercise on mild cognitive impairment or dementia.

I find presentations on dementia depressing. Not hopeful or helpful. That is until recently when I attended a luncheon and learned about glutamate and rigorous novelty. The lecture was by Dr. John DenBoer, a leading neuropsychologist in the area of early stage dementia and detection.

What do you know about glutamate? I’m not talking about MSG, the additive in some Chinese food. Glutamate is the major excitatory transmitter in the brain and is involved in most aspects of normal brain function including cognition, memory and learning. That’s about as technical as I’m going to get.

What’s exciting, at least to me, is that when the brain learns new and challenging information it releases glutamate. Glutamate plays a key role in keeping the brain strong and healthy. And, it prevents memory loss!

Dr. DenBoer gives lectures all over the Phoenix area. If you or someone you care about is concerned about cognitive decline, I urge you to attend one of his lectures. Visit www.smarbrainaging.com to learn more.

Remember back in the 1960s when it was not uncommon for Americans to die of heart attacks in their fifties or sixties? Today, the effects of smoking, cholesterol, diabetes, high blood pressure, obesity and physical inactivity on the development of heart disease are well established. Advanced technologies continue to improve diagnosis and treatment.

Since 2000, deaths from heart disease have decreased 14% while deaths from Alzheimer’s have increased 89%. Yes, it took decades to get where we are today with heart health. But shouldn’t we look at brain health as we did heart health decades ago? Shouldn’t we fund more than pennies on research for the dollars spent on care? After all, this is the disease that is likely to affect us all in some way.

Is there a distinct correlation between research efforts and reduced mortality? Most would say yes. The more funding focused at a specific disease the better the resulting diagnoses and treatment as we’ve seen in breast cancer and HIV.

Why then do we not allocate more funding for research at the problem that has increased due to longevity and aging baby boomers?

The cycle from submission to funding of a research project at the National Institutes of Health is approximately one year if the project is lucky enough to receive funding on the first try. The time frame doubles if additional submissions are needed. The research proposed projects can last up to five years.

Simple logic suggests that if fewer projects are funded because of insufficient research funds, there will be fewer opportunities for success in biomedical research.

Dementia is costly to society

The costs of health care and long-term care for individuals with dementias are substantial.

Total payments in 2019 for all individuals with dementia including Alzheimer’s are estimated at $290 billion. Medicare and Medicaid are expected to cover $195 billion, or 67 percent, of the total health care and long-term care payments.

Not included in these numbers are the 16 million family members and friends who provide unpaid care, a contribution valued at $234 billion last year.

The total annual payments for health care, long-term care and hospice care for people with dementia are projected to increase to more than $1.1 trillion in 2050. This dramatic rise includes more than four-fold increases both in government spending under Medicare and Medicaid and in out-of-pocket costs.

The financial costs alone to our families, states and country will be enormous as baby boomers age. Add to that the emotional, physical and psychological cost of caring for a loved one who is cognitively impaired.

If you know someone concerned about dementia, tell them about www.smartbrainaging.com and www.brainuonline.com.

Find pathways to rigorous novelty for brain health. I’m signing up for Spanish lessons and resuming piano lessons. Taking up piano again would please my mom who was a concert pianist. Listening to her play was a joy.